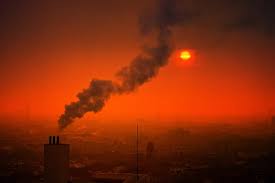 Environmental law in India has gone through an enormous change over the years.  Initially, India lacked a comprehensive environmental legislation to cover within its ambit the evolving issues related to the environment. The insufficiency of legislations in India insofar as the environment is concerned was realized only in 1984 in the wake of the infamous Bhopal Gas Tragedy which led to the death of thousands of people overnight owing to a gas leak from a pesticide plant in Bhopal, Madhya Pradesh. This realization led to the enactment of a comprehensive legislation called the Environment (Protection) Act (EP Act) in 1986.

A quintessential element of the EP Act, 1986 is that it empowers the Government to carry out Environment Impact Assessment (EIA). EIA is a process to evaluate the environmental, social, and economic impact of a proposed industrial or infrastructural project before such a project is commenced. The first EIA Notification in India was issued in 1994 by the Ministry Of Environment and Forests (MoEF). Thereafter, the second and current EIA Notification was issued by the Ministry in 2006. The 2006 Notification mandatorily requires all new as well as existing projects which cross the threshold limits after expansion and modernization as provided in the Notification, to receive prior environmental clearance (EC). These various projects include mining, development and production projects, thermal power plants, river valley projects, nuclear power projects, pesticide industries,  infrastructure (road, highway, ports, harbors, and airports), etc.

Recently, in exercise of power granted under sections 3(1) and 3(2)(v) of the EP Act, 1986, the Central Government on 23rd March 2020 issued the Draft EIA, 2020. Section 3(1) empowers the Central Government to take all such measures as it deems necessary or expedient for the purpose of protecting and improving the quality of the environment and preventing controlling and abating environmental pollution. Section 3(2) (v) provides that restriction of areas in which any industries, operations or processes or class of industries, operations or processes shall not be carried out or shall be carried out subject to certain safeguards. The 2020 Notification was published in the Gazette of India on 11th April 2020 under Rule 5(3)(a) of the Environment (Protection) Rules 1986 which provides that whenever it appears to the Central Government that it is expedient to impose prohibition or restrictions on the locations of an industry or the carrying on of processes and operations in an area, it may by notification in the Official Gazette and in such other manner as the Central Government may deem necessary from time to time, give notice of its intention to do so.

The Draft EIA 2020 has received widespread criticism and protests from people across the country including experts, activists, environmentalists and students as being regressive, non transparent and violative of precautionary principle and the doctrine of sustainable development. Discussed below is an analysis of the major shortcomings of the Draft EIA which has led to its disapproval from concerned citizens:

A bare analysis of the Draft EIA 2020 justifies the concerns and outrage of Indian citizens. There are no two ways about the fact that the environment has been degraded to the extent that the damage caused is irretrievable. When the need of the hour is to prevent further degradation of the environment, lenient laws like the Draft EIA 2020 tend to look the other way round rather than address the crisis. Take for example a recent activity of Coal India Ltd. that would help us understand better. Coal India Ltd. after the expiry of its mining lease has without any environmental clearance been breaking up forest land for open cast mining on the peripheries of the Dehing Patkai National Park in Assam. Now if the 2020 Draft EIA becomes the environmental policy of the country in its current form, a gross violation of this nature may end up gaining shelter under the umbrella of this newly introduced concept of ex post facto EC. Another instance that is recent and also continuing is the massive oil blowout that took place on 27th May 2020 in Baghjan in Tinsukia district of Assam, just outside the Dibru Saikhowa National Park. The impact of this blowout on the environment and human lives is profound and continues till date. The locals have lost their livelihood and their houses, not to speak of the irreversible damage that has been caused to the soil, air, and water in the vicinity due to the unabated oil spill and inferno. This is however not the only instance and there have been many incidents of blowouts in the past. Yet the Draft EIA includes all onshore and offshore exploration of oil and gas in B2 category thereby diluting the stringency in the assessment and compromising with the environment for economic gains.

There are numerous industries and companies like Oil India Ltd. and Coal India Ltd. which are operating without requisite permissions and clearances. The Draft EIA 2020 does not instill the confidence to address these issues, more particularly when the public is forbidden from reporting such violations. How likely is it that a project proponent will report its own violation, or a Government Authority will report the violation by major PSUs like Oil India Ltd. or Coal India Ltd.? That voicing of grievances by even the locally affected people is done away with symbolizes abetted crippling of democracy and Constitutional rights like Freedom of Speech and Expression. No doubt industrial development has boosted the economy of the country, but development at the cost of the environment is an impracticable proposition. Article 48A of the Constitution of India casts a duty upon the State to protect and improve the environment and safeguard forests and wildlife, but the Government appears to be oblivious of its duties towards its people.

The need of the hour is to prioritize the doctrine of sustainable development, which encompasses the precautionary principle. The principles evolved in the Rio Declaration, 1992 shall be taken as model principles in matters of balancing environment and development. The Rio declaration states that in order to achieve sustainable development, environmental protection shall constitute an integral part of the development process and cannot be considered in isolation from it. It also emphasizes on the precautionary principle for the protection of the environment. It states that in order to protect the environment, the precautionary approach shall be widely applied by States according to their capabilities. Where there are threats of serious or irreversible damage, lack of full scientific certainty shall not be used as a reason for postponing cost-effective measures to prevent environmental degradation. The declaration also stresses the necessity of participation of all concerned citizens for handling environmental issues.

It must always be borne in mind that protection, preservation, and conservation of the environment is easier, cheaper, more effective, and less dangerous than remedying the harm already caused to the environment.