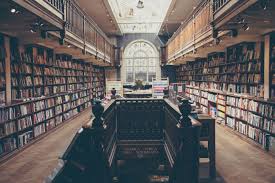 Oh! what a tangled web we weave when we lawyers begin to speak! –  Sir Walter Scott would appreciate this modification

The language of the law can be and is often so complicated that the ‘common man’ is left grappling to understand its meaning.

Why does the commonly spoken and understood English language transform into a mystery when used by lawyers? If we go by the popular joke, it’s for the lawyer to charge higher fees!

The Supreme Court of India is also all set to examine this issue. On a PIL filed before it seeking directions that simple common-place language should be used in drafting laws and Government Orders, the Supreme Court has recently issued notice to the Central Government.

The Language of Law

What is the purpose of a language? The answer is simple. It is for people to communicate their thoughts or intentions with each other. And if we are not clearly understood the first time, well we clarify what we mean with other words. But this is where the language of law differs from normal communication.

Firstly, law communicates only through the written medium. Laws are not passed as oral communications. Cases are not filed orally (except maybe for an urgent relief). Judgments are not rendered orally by courts.

Secondly, communication of law is generally a one-way traffic. This makes it extremely arduous for seeking or giving clarifications. Either the lawmakers have to notify the clarifications or the courts have to clarify them through interpretation. These are long drawn processes.

Thirdly, legal terms are applied, upheld, or struck down on the reasoning of past judgments. This is the concept of ‘stare decisis’. Added to this, legal concepts are also based on ancient concepts found in the  Greek and Latin language.

Fourthly,and because of the above reasons, legal communications are highly formal.

It is natural therefore that legal language uses more words so that the meaning of each word is absolutely clear and unambiguous. For the same reason, lawyers, judges, and lawmakers use technical terms that have been in use since antiquity.

Can we demystify Law?

The answer to this of course, as in everything in law, cannot be in a simple yes or no. Yes, lawyers and lawmakers can use simple everyday language in their pleadings or laws.  And no, they would not be able to use simple language while dealing with highly technical or complicated subjects.

However, one area where simplification can be easily achieved, is drafting done by lawyers. Petitions to the court, contracts, and agreements can be easily drafted using simple words bereft of legal jargon.

Simplification of language while drafting laws and judgments may be a little more difficult, especially when dealing with highly technical subjects like Taxation or Electricity Laws. Even here, however, simplification can be achieved if sentences and phrases are constructed in a simple manner, like avoiding double negatives in a sentence.

Another way of ensuring that common people understand more of the legal terms and phrases is by including certain concepts of law in the school curriculum. It is only by the familiarity with the words and their meaning, can legal terminology be understood. Also, legal concepts could be explained through interesting analogies. For example, Chanakya, while explaining how citizens should be taxed, says “it should be like the honeybee collecting nectar from flowers”. A technical concept like taxation thus becomes immediately an interesting subject.

We will thus need a two-pronged approach if the law needs to be more easily understood. We should not only make the language of law approachable to the common man but we should also ensure, through education, to make the common man keener to approach the language of the law. Our Constitution assures the right to a legal remedy as a fundamental right. This right can be fully enjoyed only when everyone understands the law and their rights and duties under them. If we do not start demystifying the language of the law, then much like our ancient languages like Latin and Sanskrit, which has much wisdom to offer and few takers, no common person will ever be able to truly exercise their legal rights or perform their legal duties.