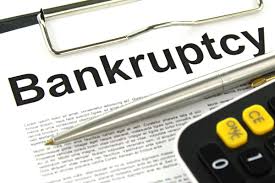 Law governing insolvency, liquidation and reorganisation has seen a paradigm shift with the enactment of the Insolvency and Bankruptcy Code (”the Code” or IBC for short). The fundamental change in approach to the law relating to insolvency and reorganisation of defaulting or non performing business entities is aimed at maximising value of assets, promote entrepreneurship, balance the interests of all and revive sick units if possible in a time bound manner.

Since its enactment, the Code saw many amendments and one amongst them has been section 238-A that made the Limitation Act, 1963 applicable to it. Prior thereto, claims under IBC were held to be immune to the law of limitation. However with the introduction of section 238-A, in most of the cases, where a resolution proceeding is initiated against a corporate debtor/person under the Code, it has to stand the test of limitation. Hence it is necessary to understand when can a claim become time barred under the Code.

As has been held by the Hon’ble Supreme Court in the case of B.K. Educational Services Pvt. Ltd. vs. Parag Gupta and Associates, (2019) 11 SC 633, it is now a settled law that the Code does not intend to give new lease of life to time barred claims and that section 238-A would operate retrospectively.  Now a claim is treated to be time barred if it is not claimed within 3 years from the date of default, which would be the day when cause of action arose for the financial or the operational creditor to move the adjudicating authority either under section 7 or under section 9 of the Code.

So in the light of this principle, the question that needs to be contemplated is what happens to claims that arose prior to the coming into force of the Code and beyond the period of limitation?  Let us take a hypothetical situation where a default has arisen in 2012, four years prior to the coming into force of the Code. Can the claimant take recourse to IBC that came into force in 2016 to raise a claim against the defaulted amount? The answer would be in the negative, since the claim in such a case would be time barred due to the retrospective effect given to section 238-A of the Code. If the claimant had availed any proper remedy that was available to him under the existing laws prior to coming into force of the Code, then in that event his claim could be transferred to the new forum created for adjudicating such disputes under the Code. It must however be borne in mind as has been held by the Apex Court in Jignesh Shah, that the remedy availed before the forum under the existing laws also should not be barred by time since section 238-A does not give new life to a petition/claim that has otherwise become stale.

Another question to be considered would be and which is most relevant in the context of a claim being time barred is from which day is limitation computed or in other words when does time starts ticking for the claimant to seek resolution under section 7 or 9 so that his application is within the limitation of three years. In B.K Education the Supreme Court held that the definition of “default” in Section 3(12) uses the expression “due and payable” followed by the expression “and is not paid by the debtor or the corporate debtor…”. “Due and payable” in Section 3(12), therefore, only refers to the whole or part of a debt, which when referring to the date on which it becomes “due and payable”, is not in fact paid by the corporate debtor. The context of this provision is therefore actual non-payment by the corporate debtor when a debt has become due and payable. The Court further held that since the Limitation Act is applicable to applications filed under Sections 7 and 9 from the inception of the Code, Article 137 of the Limitation Act gets attracted. “The right to sue”, therefore, accrues when a default occurs. If the default has occurred over three years prior to the date of filing of the application, the application would be barred under Article 137 of the Limitation Act, save and except in those cases where, in the facts of the case, Section 5 of the Limitation Act may be applied to condone the delay in filing such application. In the case of Babulal Vardharji Gurjar vs. Veer Gurjar Aluminium Industries Pvt. Ltd., 2020 SCC Online SC 647, the Supreme Court categorically held that a debt due would be one that is due and payable and for being due and payable it must not be time barred.

In Jignesh Shah v. Union of India, (2019) 10 SCC 750, the Apex Court held that the trigger for limitation is the inability of a company to pay its debts. Undoubtedly, this trigger occurs when a default takes place, after which the debt remains outstanding and is not paid. It is this date alone that is relevant for the purpose of triggering limitation for the filing of a winding-up petition. Though it is clear that a winding-up proceeding is a proceeding “in rem” and not a recovery proceeding, the trigger of limitation, so far as the winding-up petition is concerned, would be the date of default. One of the questions that arose in Jignesh Shah was whether the winding up petition was within limitation and since the Apex Court found it to be time barred, held that the proceedings under section 7 also suffers from limitation and hence not maintainable. Applying this principle and analogy, any application seeking resolution under the Code also has to be made within three years from the date of default.

In another scenario as per the provisions under sections 18 and 19 of the Limitation Act, limitation might get extended in the event the debtor acknowledges the debt in writing or makes a payment on account of a debt before the expiry of the prescribed period which under the Code is three years. Thus a fresh period of three years would begin from the date of the acknowledgment or from the date such a payment on account of the debt is made. A five member bench of the NCLAT in the case of V. Padmakumar vs Stressed Assets Stabilisation Fund & Anr. (decided on 12th March 2020)has held that Balance Sheet/Annual Return of a Corporate Debtor cannot be treated as an acknowledgment under section 18 of the Limitation Act. Since it’s a statutory compulsion that such a document is filed annually with the authorities, they cannot be an acknowledgment of a debt or else with each year limitation will get extended and the purport of section 238-A would get completely lost. This ratio of the five member bench is however contentious but let us not delve into that at present till such time this judgment falls for reconsideration either by a larger bench or the Apex Court.

On a final analysis of how the law on limitation with regard to applications under sections 7 or 9 of the code has developed, it can safely be concluded that the creditor must be able to determine when the default with regard to a debt has occurred. It is more so since the Adjudicating Authority under the Code adjudicates to determine the default. The debtor is of course entitled to establish that the debt is not payable or due. The transaction under which a debt arises must speak of the terms and conditions under which non-payment of the debt would amount to default or may also suggest a timeline within which payment has to be made failing which the debt becomes due and payable from the day the timeline expires. Clarity on these terms would enable the financial or the operational creditor to determine the default and outline clearly in his application the date when the default with respect to the debt has occurred saving him from the rigors of defending a preliminary objection on limitation available to the debtor. Secondly in the event of a situation, as envisaged under section 18 of the Limitation Act, the creditor must take in writing an acknowledgment of liability from the debtor duly signed by him and never seek to rely upon some other document such as Balance Sheet/ IT Returns or a Ledger maintained by the debtor to drive home the point that the debtor vide such documents has acknowledged the debt and therefore the benefit of fresh cause of action from the date of such acknowledgment is available to the creditor.